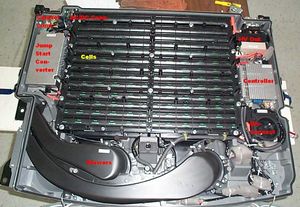 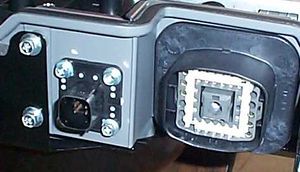 This connector is on one end of a cable. The other end of the cable (C1468) is capped, under the hood, on the right, in front of the 2 coolant tanks, fastened to its own harness. It is only used with the Engine Block Heater option, which includes a small 110 Vac to 300 Vdc charger. Ford's part numbers for the block heater option are 4M6Z-6B018-AA WIRE ASY, F5RZ-6A051-B HEATER ASY, 5M6Z-10B689-AA CHARGER ASY. When the engine block heater is plugged into the 115 Vac, this charger trickle charges the traction battery. This suggests a "poor-man" PHEV solution for the Escape Hybrid provided the charger will fill the battery; it might only charge when the HV battery reaches a low SoC. 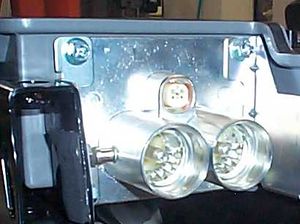 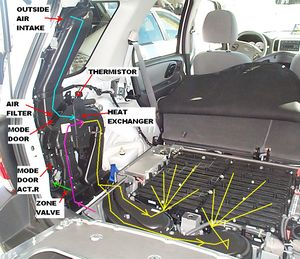 This screen capture was taken with the ignition on On, engine off, on Hybrids Plus' Escape.

Range seen by Hybrids Plus, stopped: 349d to 482d. A different time: 484d to 525d (1E4h to 020Dh). When stopped, and charging, the engine stops when the SOC level reaches 01DEh and starts when the SOC drops to 01BDh = 445d. Ryan and Rich seem to have observed values ranging from a minimum of 01B0h (432d) at which point the ICE started while driving, to a maximum of 025Eh (606d) during heavy downhill regen at which point compression braking began. The value is 0000h if the HV safety plug is removed. 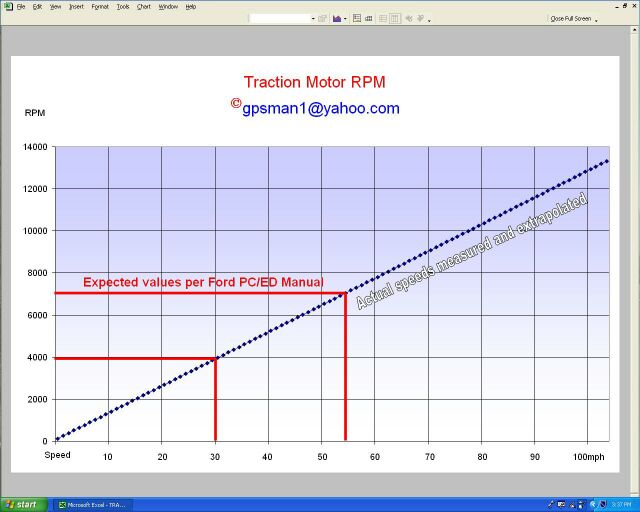 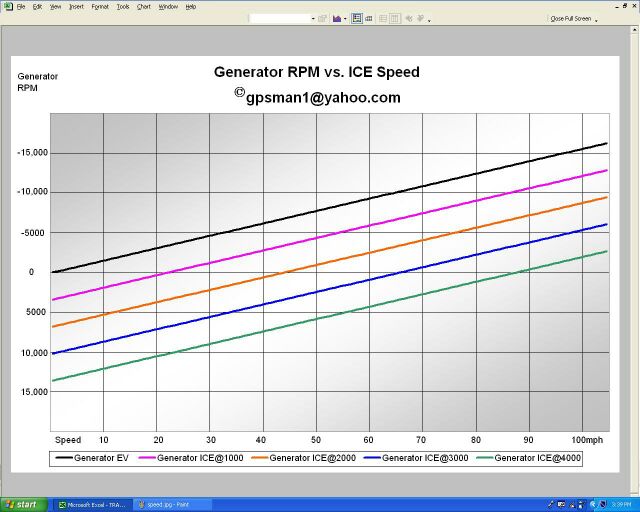