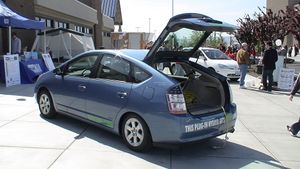 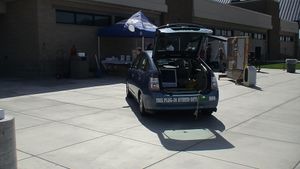 SEVA:EVents 2007 04 27 - PriusBlue attended the Franklin PUD's Alternative Energy Expo in Pasco, WA and attempted to help many bus loads of grade school students learn what a Plug-in Hybrid Electric Vehicle is and why their parents should get one. Many of them thought it was "cool", and many others offered to buy it for $5, which was mighty tempting ;) 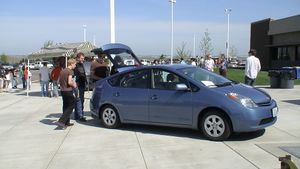 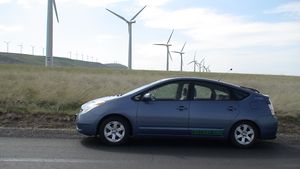 Blue and some Wind Power 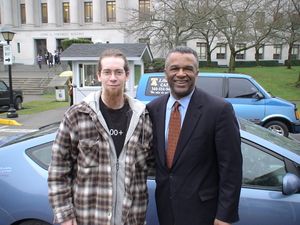 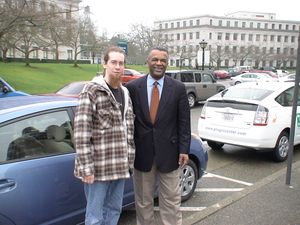