The company was founded in 2006. Efficient Drivetrains, Inc. is based in Palo Alto, California and has a research and development center in Dixon, California, USA.

The first generation of plug-in electric vehicles (PEVs) in the marketplace have higher purchase prices than similar-sized conventional vehicles with internal combustion engines. This has been one of the barriers to increasing adoption of electric vehicles in our society. <ref>National Academies issues interim report on overcoming barriers to PEV deployment - Green Car Congress 22may2013</ref> <ref>Overcoming Barriers to Electric-Vehicle Deployment: Interim Report 2013 - The National Academies Press</ref>

EDI in the News 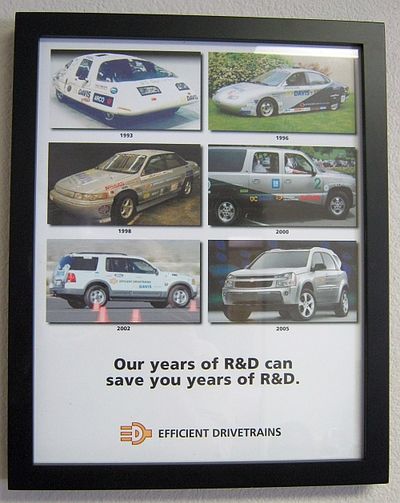