Using the same method employed by the PiPrius conversions Interlock Box you can build a simple stand alone circuit capable of overriding the OEM fan control and running the fan at full speed instead which rapidly removes heat from the OEM battery pack. 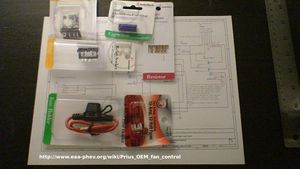 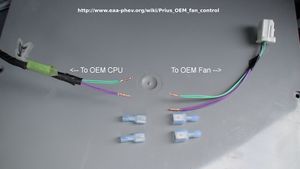 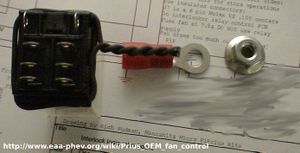 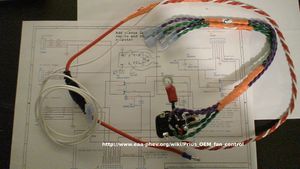 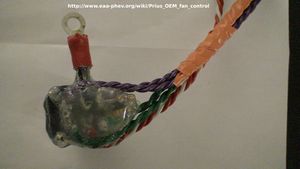 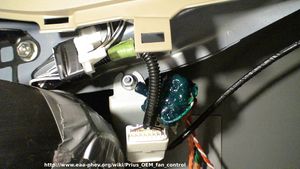 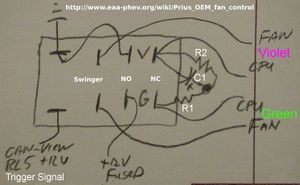 The circuit.
Retrieved from "https://www.eaa-phev.org/wiki/index.php?title=Prius_OEM_fan_control&oldid=6015"
Categories: